Systema is a martial art with roots in ancient Russia.  It is in active use in top levels of modern Russian special operations groups.  We teach Systema as taught by Vladimir Vasiliev and its founder Mikhail Ryabko.  Without these two highly-skilled gentleman, none of this would be possible.

This style encompasses every aspect of conflict, from the psychological aspects of conversation and posturing, through all aspects of hand-to-hand fighting, grappling and groundwork, group attacks, and weaponry, including firearms.  We also study these aspects of combat at different levels (lying, kneeling, standing) and in different environments (in the dark, against a wall, in a chair, in and around a car, in a stairway...you name it, we work with it.  It is a big world for self-discovery.

Throughout the history of this huge country, Russia had to repel invaders from the north, south, east, and west. All attackers brought their distinct styles of combat and weaponry. The battles took place on different terrain, during freezing winters and sweltering summer heat alike, with the Russians often greatly outnumbered by the enemy forces. As a result of these factors, the Russian warriors acquired a style that combined strong spirit with extremely innovative and versatile tactics that were at the same time practical, deadly, and effective against any type of enemy under any circumstances. The style was natural and free while having no strict rules, rigid structure or limitations (except for moral ones). All tactics were based on instinctive reactions, individual strengths and characteristics, specifically designed for fast learning.

When the Communists came to power in 1917, they suppressed all national traditions. Those practicing the old style of fighting could be severely punished. At the same time, the authorities quickly realized how viable and devastating the original combat system was and reserved it just for a few Special Operations Units.

In our schools and through the instructional materials, you will learn this fascinating style and see for yourself why Russian Systema is said to open a new page in the world of martial arts.

The body has to be free of tension, filled with endurance, flexibility, effortless movement and explosive potential.
The spirit or psychological state has to be calm, free of anger, irritation, fear, self-pity, delusion and pride.
The combat skill includes movements that are powerful and precise, instant and economical, spontaneous, subtle and diverse, the signature of a true professional.

There is a reason why Russian Martial Art is called SYSTEMA. It is a complete set of concepts and training components that enhance one’s life. In this case, acquiring the martial art skill is a way to improve the function of all seven physiological systems of the body and all three levels of human abilities the physical, the psychological and the spiritual.

The key principle of the Russian Systema is non-destruction. The goal is to make sure that your training and your attitudes do no damage to the body or the psyche of you or your partners. Systema is designed to create, build and strengthen your body, your psyche, your family and your country.

Systema has another name “poznai sebia” or “Know Yourself”. What does it really mean to Understand Yourself? It is not just to know what your strengths and weaknesses are, that is good but fairly superficial. Training in Russian Martial Art is one of the sure ways to see the full extent of our limitations - to see how proud and weak we really are. Systema allows us to gain the true strength of spirit that comes from humility and clarity in seeing the purpose of our life.

As the roots of the Russian Systema are in the Russian Orthodox Christian faith, the belief is that everything that happens to us, good or bad, has only one ultimate purpose. That is to create the best possible conditions for each person to understand himself. Proper training in the Russian Systema carries the same objective - to put every participant into the best possible setting for him to realize as much about himself as he is able to handle at any given moment.

One of Mikhail Ryabko’s words to the beginners is “Be a good person and everything else will come to you.” In a simple, yet comprehensive way Systema helps you choose and follow the right path. 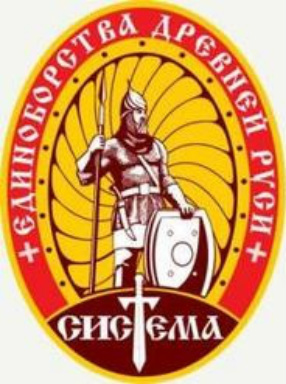 Colonel of the Special Operations Unit with the Russian Military,
Director and Chief Instructor of Systema Headquarters, Moscow
Mikhail Ryabko was trained from the age of five and involved in combative training from the age of fifteen.
He worked in militia in RF Ministry of the Interior Security Department and trained the Minister's security guards.
He was a tactical commander of hostage-rescue teams,
counter-terrorist operations, and armed criminal neutralization.

Mikhail resides in Moscow, holds the rank of Colonel, and was an assistant to RF General Prosecutor.
He is a veteran of military actions and veteran of labor.
He has been in numerous military campaigns and holds many medals and awards from the government and from the Russian Orthodox Church.