"IF YOU LACK PROPER BREATHING,  NO TECHNIQUES WILL EVER RESCUE YOU."
VLADIMIR VASILIEV

NO BELTS OR UNIFORMS
NO KATAS OR STANCES
NO FORMALITIES

Systema is designed to create, build and strengthen your body, your psyche, your family and your country.

PHILOSOPHY:  In our classes, seminars, and instructional materials, the objective is to facilitate self-actualization through the learning process of the physical, psychological, and survival skills that are offered by Systema Russian Martial Art.

WHO ARE THE STUDENTS?  Systema is suitable for youth, ladies and men from all ages and fitness levels.  It is ideal for people with no martial arts background and is an excellent complementary skill set for soldiers and officers in law enforcement and security, as well as experienced fighters of any martial art or military background. 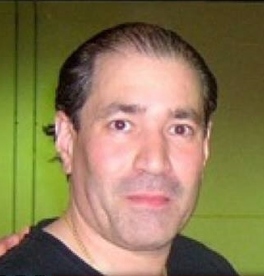 ﻿
Kenny Gonzalez
​
​Began his martial arts journey in the 1980s under Edwin "PAPO" Pagan.  He received his first Karate Black Belt under Mr Pagan in 1983.  In 1988, he went to serve his country in the United States Army.  While in the military Mr Gonzalez studied under Orlando Soto, receiving his fourth Dan in American Goju.  Mr Gonzalez started studying Ed Parker's Kenpo in 1990 and has studied under several great instructors, both directly and in seminars.  In 2001, Kenny met Sonny Puzikas and started training in Systema.
In 2002, he met Vladimir Vasiliev and has been training and teaching Systema ever since.﻿

Testimonial From a Special Agent (DEA)

I have been a Special Agent with the Drug Enforcement Administration (DEA) for the last sixteen years. I had been assigned to the San Juan, Puerto Rico office for most of those years. San Juan is not an easy post, but it is a domestic office where we have dozens of agents. When we go out on the streets, we operate like a pack of wolves and overpower our targets. Having seven or eight well trained agents on your side against one target is a “comfortable” way to operate.

I have been training in Systema for a couple of years now and I am an instructor under Vladimir Vasiliev. Not one of the very good ones, just an average instructor. Like most of us, I always try to apply the Systema principles to my everyday life: work, sports, parenting, etc. I don’t need to explain the benefits of breathing, relaxation, movement and structure to any Systema practitioner. We all have experienced them. I also have had the absolute privilege of being in contact with some of the best Systema instructors.

From my start in Systema with Kenny Gonzalez, Peter Annazone, and Carlos Guzman, I had the opportunity to train with Vladimir, Max Franz, Manny, the twins, Pete Rogers and others. I believe they have devoted more time and attention to me than I really deserve.

Recently, I was transferred to a foreign country. New opportunities and new challenges were expected, but being a senior agent, I thought that the job would not be too different than what I was used to. I soon learned that it was not the case. When I arrived to my new foreign post, I was assigned to a group. However, this group was formed by local police officers and not by my regular ‘pack of wolves’.

When DEA agents operate in foreign countries, we are mostly by ourselves. We work with the locals, but most of the time we don’t trust them and they don’t trust us. When I go out on the streets, the game changes and Systema kicks in. Stress level can escalate very quickly when you are working in a foreign country and ‘the pack of wolves’ is not with you. This is when I truly realized the benefits of Systema. I am completely convinced that being able to breathe, relax and move helps me be more aware of my environment, make better and faster decisions and “disappear" in the crowd when necessary.

I cannot express my gratitude to all the instructors I mentioned. I hear their voices all the time while working, “breathe, relax, move and keep your structure”. I can assure you that because of those teachings I feel and operate in a safer way when performing my duties. I am teaching the principles of Systema to other agents. Some of them will be transferred to foreign countries soon and will experience first hand what I am trying to explain now. They will be able to go back to their families safe and sound because of the principles of Systema. To all the instructors I mentioned, I just want to let you know that your teachings may be saving an agent’s life at this very moment. God bless you all.
If you'd like to train with Systema Puerto Rico, please visit their website at www.systemapr.com
or email them at systemapuertorico@gmail.com
Proudly powered by Weebly